The recent article in People magazine regarding Mr. McGrath developing a hearing loss after years of exposure to high levels of sound once again reminds us about the importance of utilizing ear protection and/or in-ear monitors while performing or listening to music. 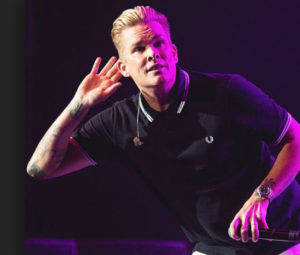 Contrary to the statement in the article that in ear monitors distort the music, it actually allows the listener the ability to reduce the intensity of the music because of the high fidelity sound that monitors can deliver. As we all know, the “speaker” is the most important component in a sound system. You could invest thousands of dollars in amplifiers, digital players or even cell phones but at the end if the delivery of sound is compromised by poor quality speakers or monitors, you have defeated the benefit of you high fidelity equipment.  Another benefit of in-ear monitors is that the volume needed to obtain great quality sound is reduced since the distortion level is so low.  So in result, you are getting great sound and also protecting your fragile hearing. And as was mentioned in the article, once the nerves are damaged, they are gone forever!!!

“It’s scary because my job is hearing,” McGrath recently said of losing his hearing while he continues to tour around the country
By Joelle Goldstein  April 03, 2019 09:08 PM

Mark McGrath is fearful that his days as a performer will soon be numbered after recently learning that he’s going deaf.

The Sugar Ray frontman, who rose to fame in the ’90s with hits including “Fly,” “Someday”, and “Every Morning,” revealed to the DailyMailTV this week that after years of performing with the pop-rock band, he’s starting to lose his hearing.

“I’m deaf now. I cannot hear any more,” he told the outlet “It’s years and years of being on the road and being two feet in front of cymbals and drums. So high frequencies, I can’t hear anymore. I’ll be listening to people and they’ll tell me their names and I can’t hear anymore.”

“It’s scary because my job is hearing,” he added. “[The future] is absolutely a worry of mine.”

McGrath, who is still currently touring and has live performances scheduled through the end of the year, explained that he’s been urged by audiologists to wear in ears, a type of hearing aid, while he continues to perform.

In ears are often used by live performers so they can hear themselves on stage. Though they’re helpful in blocking out the background instruments, they can be detrimental as they also prevent performers from hearing noises in the room, which can make it sound “dead,” according to The Singer’s Workshop.

Because of that, McGrath said he’s been avoiding the earpieces for years, and subsequently damaging his hearing.

“Fortunately for the new generation, they have in ears. I’m dumb enough not to use them though,” he told DailyMailTV. “I still need the sight sounds and smells of a concert and that includes the auditory part, but unfortunately, mine’s going.”

The former Celebrity Big Brother contestant went on to joke that he pursued music so he wouldn’t have to worry about his health, but his perspective has shifted in the past year.

“It’s funny, I got into music and rock n’ roll not to worry about any of this: business, mindsets, health. I wanted to party, I’m in a band, that’s what you do,” he told the outlet. “And then life catches up to you and reality happens and by the grace of God we became a band, also, I found myself running a multi-million dollar corporation.”

“As I get older, my health’s going, I have knee problems, back problems. So I am working on the hearing now,” he continued. “It’s something that recently last year my doctor said you’ve got to step back a little bit.”

The star also noted that Huey Lewis, from the 1980s and early ’90s pop-rock band Huey Lewis and the News, has served as a “warning” to him after the frontman was recently forced to stop touring due to hearing loss.

“The whole Huey Lewis thing has been a warning for all of this for sure,” he explained. “There’s a lot in play there. It’s one of those things you don’t even want to admit.”

“It’s like if you start losing your hair, you’re like, ‘I’m not losing my hair.’ But hearing is the same way, but it’s something I do have to get on it,” he said, adding that his wife of 7 years, Carin Kingsland, has kept on him about being proactive to prevent further damage.